At Vedic teas we are committed to sourcing the best in teas, herbs, and spices directly from the countries of origin. With over 20 years of experience we are confidient in the quality of our blends and sources of our teas. Enjoy our teas today and experience the taste.

Turmeric is a spice that has been traditionally used in Ayurvedic and Chinese medicine for its anti-inflammatory properties. It is derived from the rhizome of the Curcuma longa plant and is a key ingredient in many Indian dishes, including curry.

The active ingredient in turmeric is curcumin, which has been shown to have anti-inflammatory effects in the body. It works by inhibiting the production of inflammatory chemicals called cytokines and by blocking the action of certain enzymes that contribute to inflammation. Pairing black pepper to turmeric helps to absorb in body better.

It's important to note that while turmeric is generally considered safe when consumed in small amounts as a spice, it can cause side effects when taken in large doses or as a supplement. It may interfere with blood clotting and can cause the stomach to be upset in some people. If you're considering using turmeric for its anti-inflammatory effects, it's always a good idea to consult with a healthcare provider first. 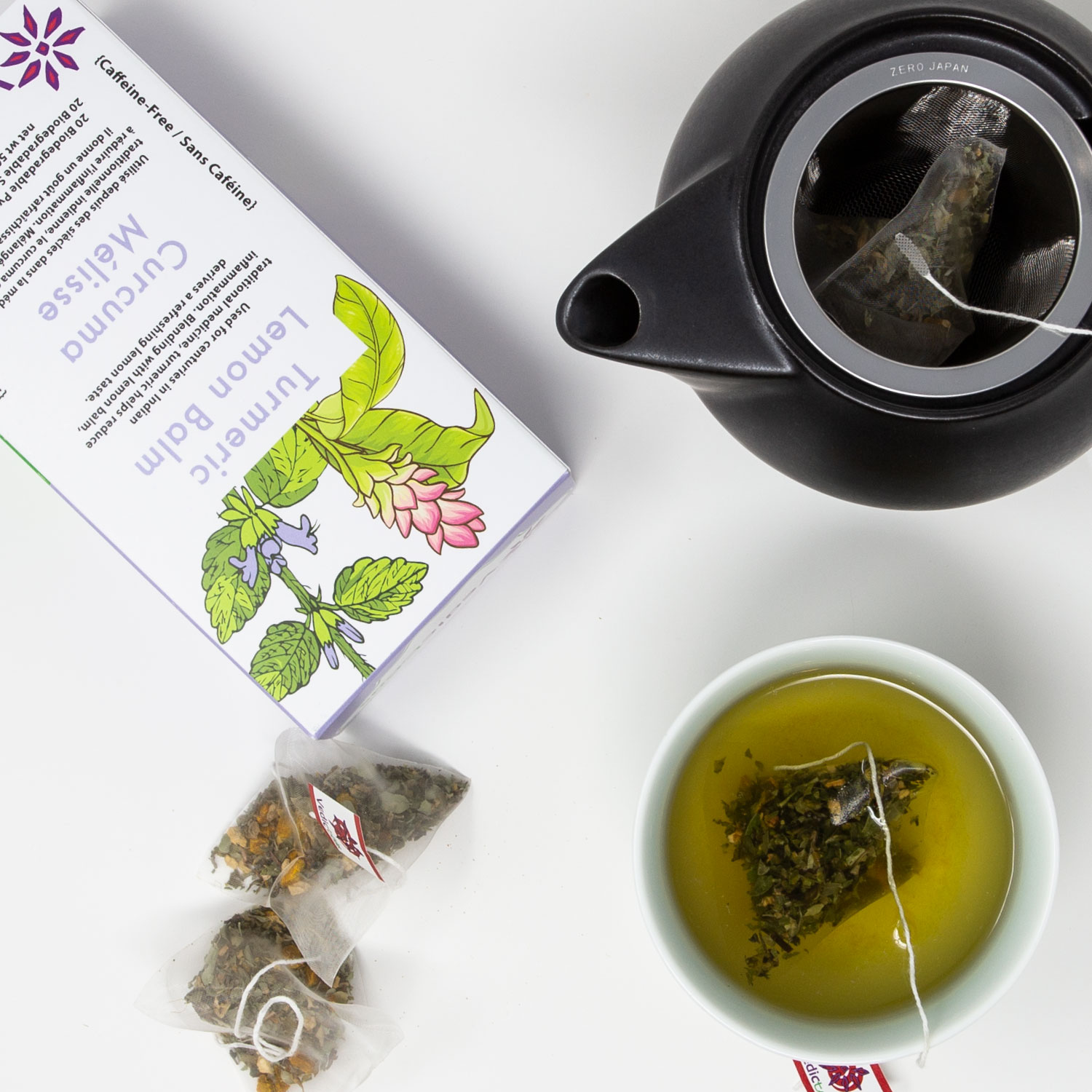 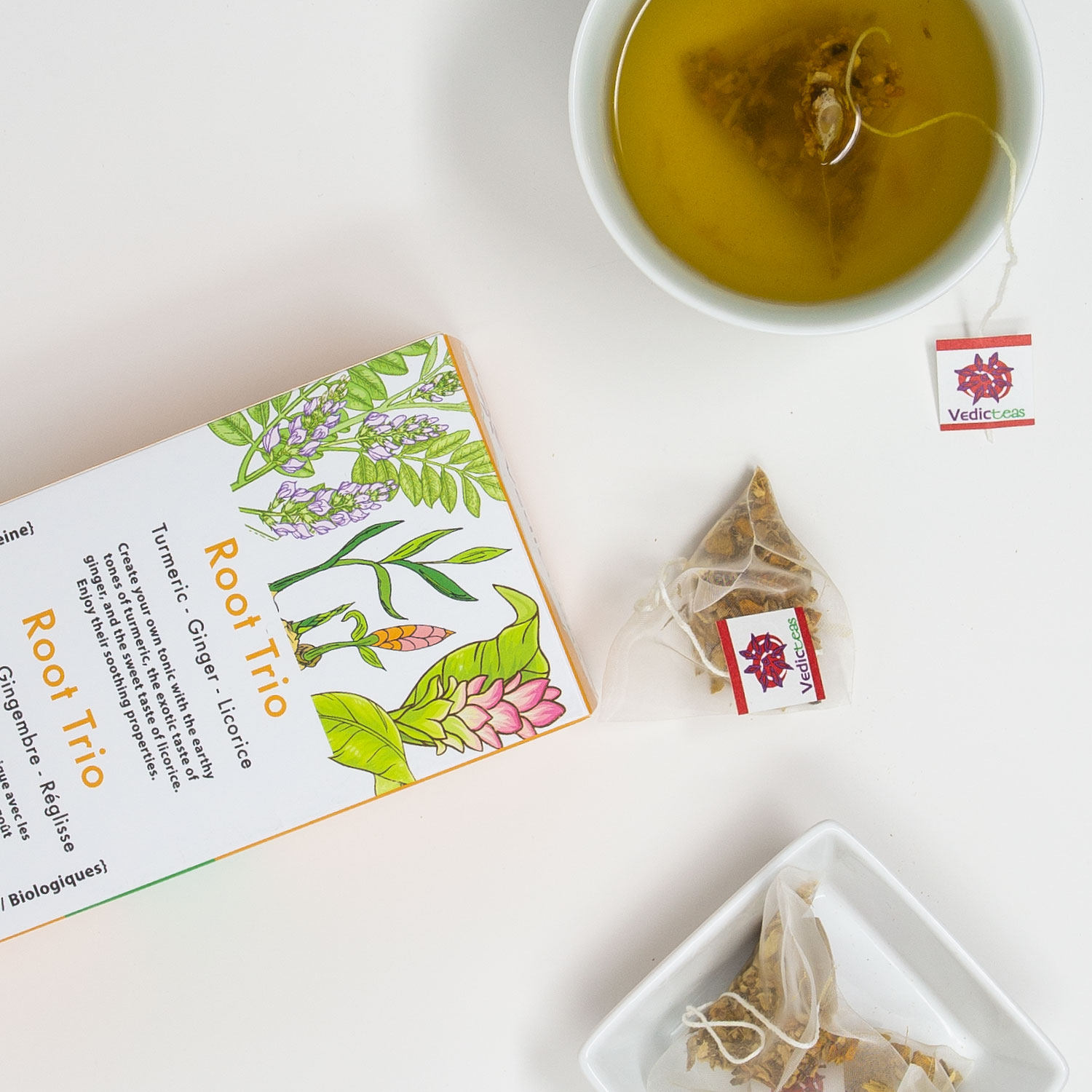 Ginger is a root that has been used for centuries in traditional medicine as a natural remedy for a variety of ailments, including inflammation. It is a popular ingredient in many dishes and is also available in supplement form.

Like turmeric, ginger contains compounds that have anti-inflammatory properties. The active ingredient in ginger is gingerol, which has been shown to reduce inflammation in the body by inhibiting the production of certain inflammatory chemicals.

There is some evidence to suggest that ginger may be helpful in reducing inflammation and pain in people with conditions such as osteoarthritis, rheumatoid arthritis, and muscle soreness. It may also have a protective effect against certain types of inflammation in the colon.

If you're considering using ginger for its anti-inflammatory effects, it's always a good idea to consult with a healthcare provider first. 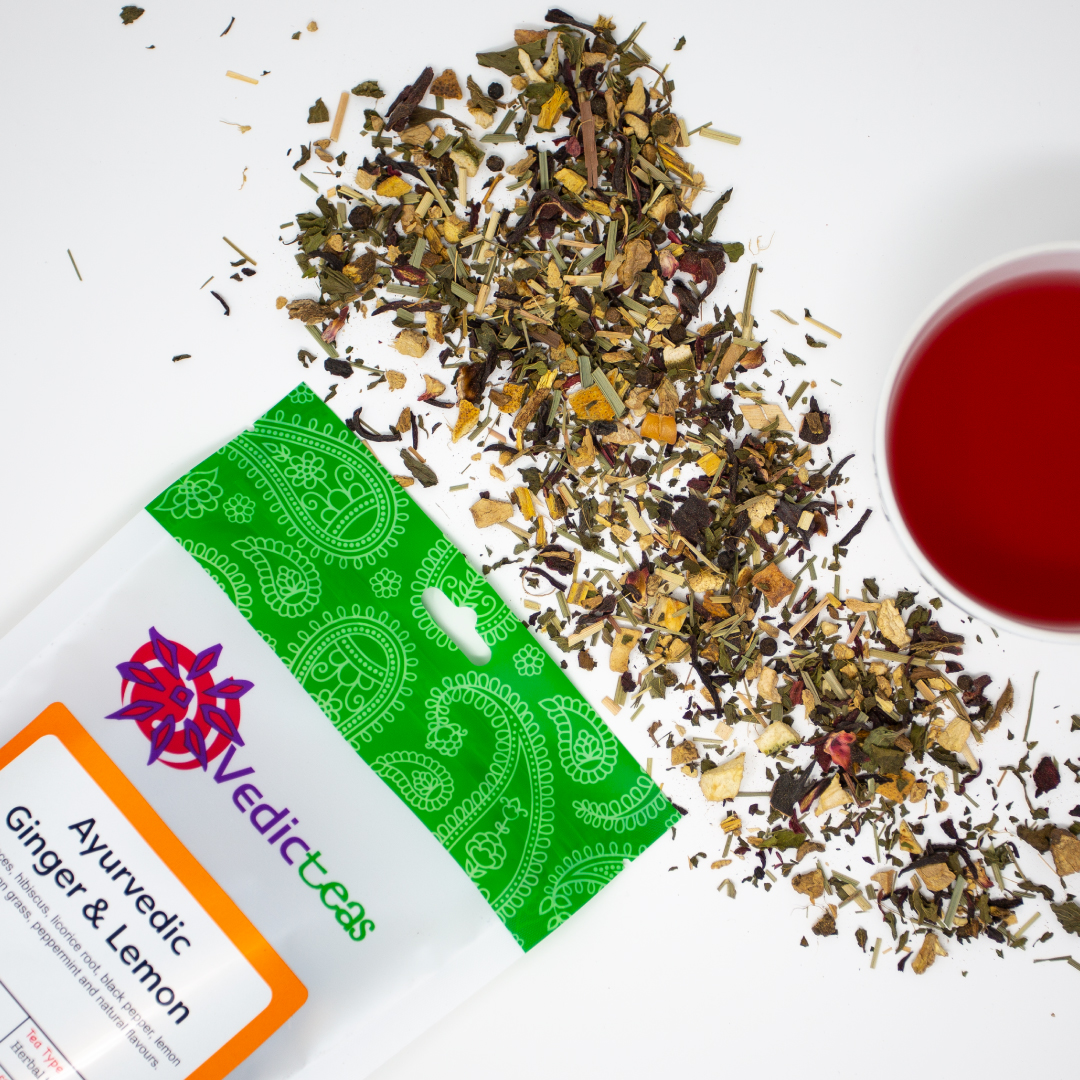 We suggest to incorporate consuming a cup of green tea as your daily routine.

At Vedic Teas we offer varieties of green teas.

*These statements have not been evaluated by the CFIA or FDA. Our product is not intended to diagnose, treat, cure, or prevent any disease.